Xbox One child account cannot play Terraria in multiplayer/online mode. When starting the game, "Online" option is greyed out and cannot be selected. If the child tried to join his friend's game, the game starts but then immediately displays an error message "The game will end due to the Membership Content settings of one of the signed in profiles". 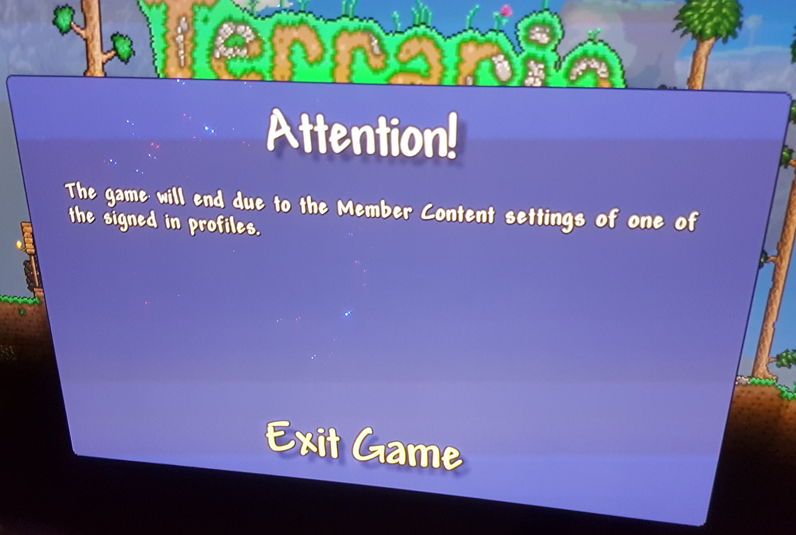 The child has Xbox privacy option "Join multiplayer games" set by his parent to "Allow" and other games work in multiplayer mode just fine.

The issue was resolved by setting Xbox privacy option "Share stuff people make (Xbox 360: Member Content)" to "Everybody".
Setting this option to "Friends" wasn't enough which does't seem to be logical since the child was trying to play online with somebody in his Xbox friends list... 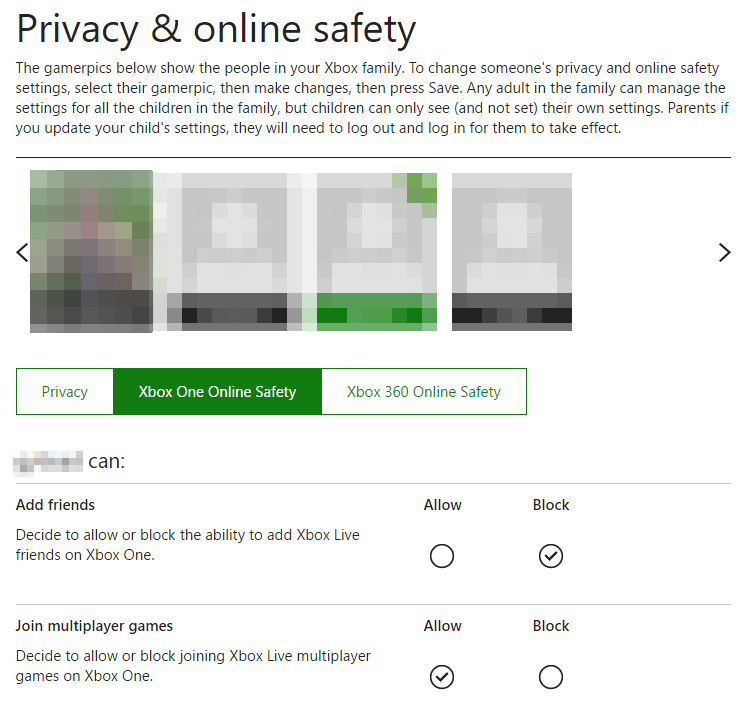 January 2017
Xbox One
Terraria for Xbox One