TeamViewer v15 Host (.exe version) was installed on a PC that already had a TeamViewer v14 Host (.msi) version installed. The installation completed successfully, but it didn't remove TeamViewer v14 .msi Host from the programs list. Trying to uninstall TeamViewer from there, not only removed v14 entry, but also partially removed and completely broken v15... Trying to remove v15 was now failing with the following error: 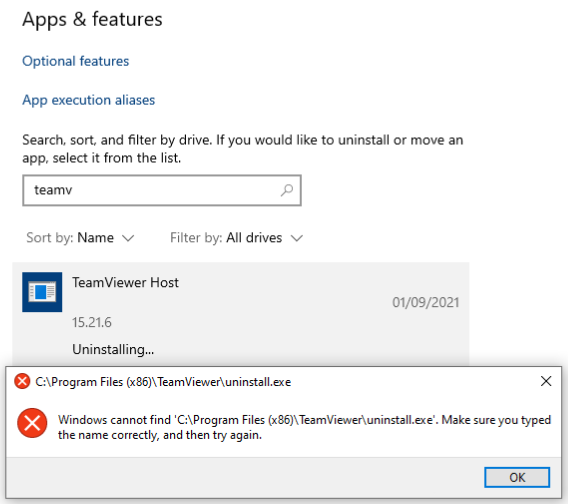 Trying to instal TeamViewer v15 Host again was failing with the following error:

This was a really unexpected error as a full version of TeamViewer was never installed on this PC... I would normally fix such errors by removing TeamViewer entries from registry, but in this case, TeamViewer was not present in any of the usual places within the registry.

The issue was resolved in a following way: