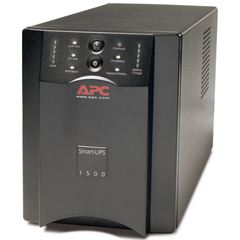 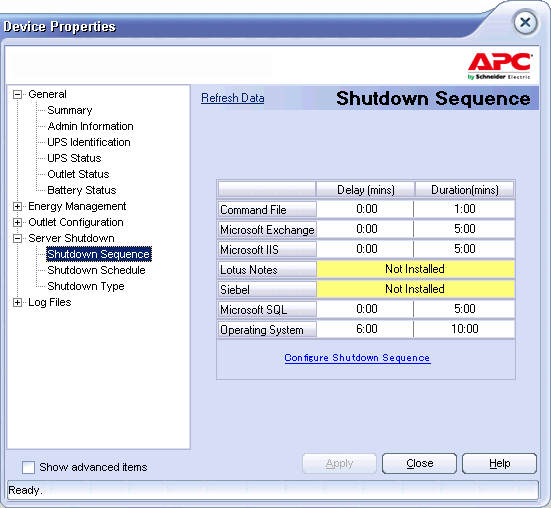 It's not difficult to make a simple script which will shut down other computers on the network. Something like this:

You have to place you .bat script in C:\Program Files (x86)\APC\PowerChute Business Edition\agent\cmdfiles (64bit OS) for PowerChute agent to see it.

Only problem I had was that when script was run by APC PowerChute Agent nothing was happening. If script was run manually everything worked fine. This was cased by a permissions issue. Resolved by setting APC PBE Agent service to run under an account with domain admin privileges. 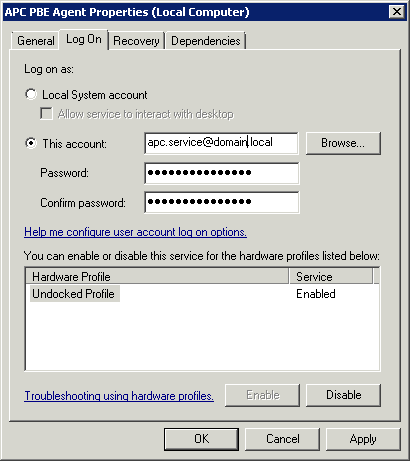 # Luis Reyes 2014-10-08 18:35
Yes, my server was joining on domain with previleges yesterday but, I tried to configure PowerChute Business Edition again but it did not work.

Could you help me please?

# Luis Reyes 2014-10-08 18:53
Yes, my server was joining on domain with previleges yesterday but, I tried to configure PowerChute Business Edition again but it did not work.

I have another question more... when UPS power failure, my server should be shuted down and then UPS still should continue work it with battery until UPS will have low battery and finally shutdown completly??

Could you help me please, I´ve had a lot of problems with this, all my services, for example my server AD and my PBX were lost, and I do not want to test it again.

I did everything, but my script does not work, and i do not what happend, when I try to do a test, this test did not do anything an my server is running.
However, When I select my script and double click on it and finally my script file works.

Help me please, i do not know what i have to do!!
I would apreciate your help