Minecraft Bedrock server running on Windows 10 Pro PC started having issues accepting connections from remote computers. This didn't affect loopback connections from a local PC (after enabling the loopback exempt), but both, PCs on a local LAN network and remote clients connecting over WAN could no longer connect. 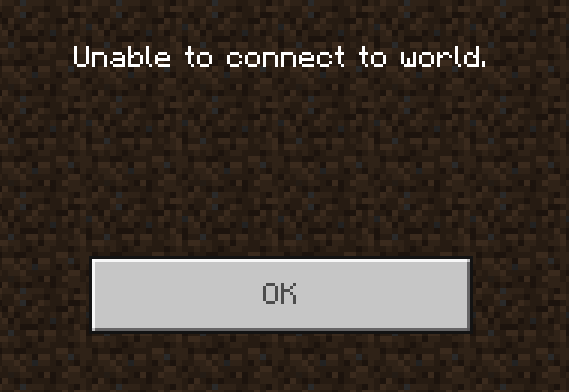 Unable to connect to world

The issue was probably introduced by a recent Minecraft Bedrock Server update (which is still in an alfa testing stage). After ensuring the UDP port 19132 was not blocked by a firewall or router, and then quite a bit of testing, experimenting, and head-scratching I eventually narrowed down the issue to some sort of incompatibility with IPv6 (which is enabled in Windows 10 by default). Disabling IPv6 fixed the issue.