Xbox One's ability to power-on and power-off your other devices (basically TV and AVR) is a cool idea but unfortunately it's not nearly as sophisticated as what Logitech Harmony remotes can do. For example, to switch on my Panasonic TV, a remote has to send power-on signal for a few seconds. While you can easily set this up on Harmony remotes, there is no ability to adjust this on Xbox One. Another, more universal issue is that while Xbox can power-on your devices, it can't change audio source on your AVR or input on the TV, which kind of defeats the whole point - you still have to find your other remote and change to correct inputs.

So after playing a little with Xbox turn-on and turn-off voice commands I started looking into whether I can use my old trusted Logitech Harmony 900 to properly power-on all devices and change inputs for Xbox gaming or media session.

Luckily Xbox One supports IR out of the box so pretty much any Harmony remote can control it.

I went ahead and setup a simple activity using Xbox, AVR and TV. 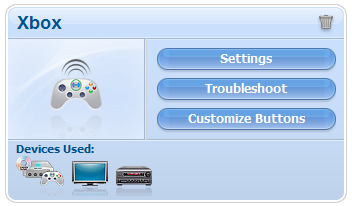 All devices were powering on and off as they should, but while AVR and TV were working fine, Xbox was not reacting to any of the remote control commands after powering on (other than power-off). After little digging around I found that to make this work you have to setup Logitech Harmony activity as Watch DVD or Laserdisc instead of Play Video Game. 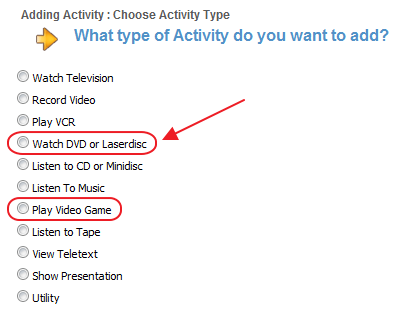 Once setup as video type activity all remote commands wok fine on Xbox One. 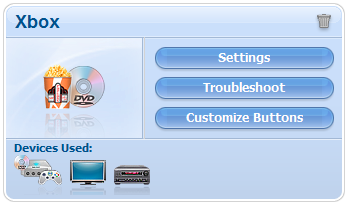