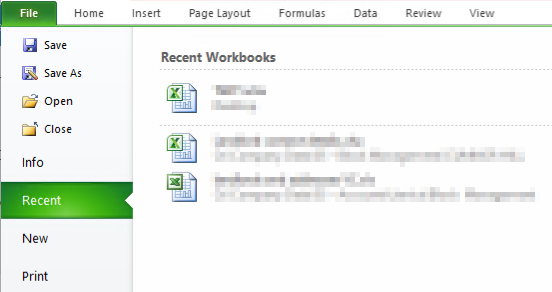 Pinned Workbooks are just shortcuts to files saved on a PC or the network, so no data loss is involved there. Nonetheless, here is how you can find pinned file locations after Office 2010 is no longer present on a PC.