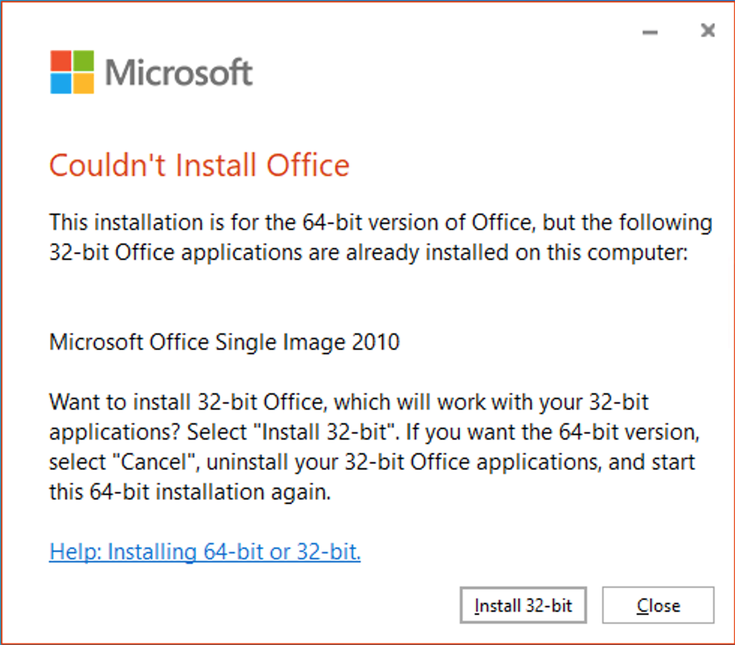 The error is pretty self-explanatory. The problem is that Microsoft Office Single Image 2010 is nowhere to be found on the computer.

The issue was resolved by the good old Windows Installer Clean Up utility. 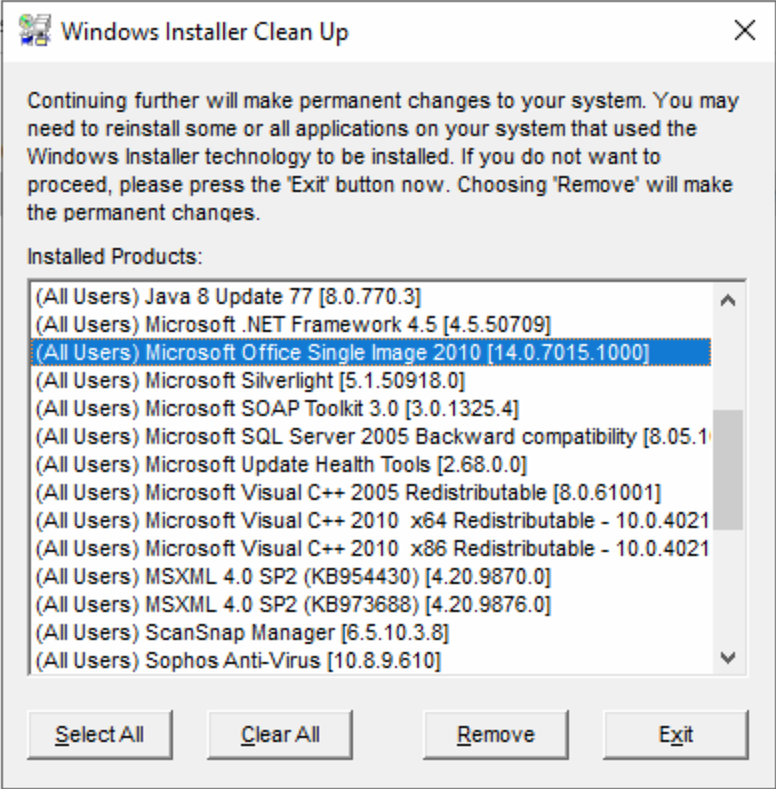 After removing Microsoft Office Single Image 2010 from the list above, 64bit Office 365 installed without any issues.