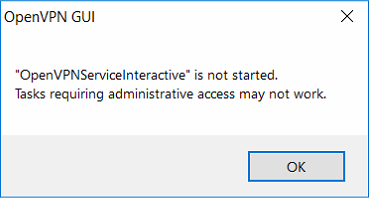 OpenVPN GUI
"OpenVPNServicelnteractive" is not started.
Tasks requiring administrative access may not work.

An obvious solution for this would be to manually start OpenVPN Interactive Service. However, this fails with the following error:

Services
Windows could not start the OpenVPN Interactive Service service on Local Computer.
Error 1068: The dependency service or group failed to start.

After some further investigation, I found that computer's Network Connections didn't have TAP-Windows Adapter v9 that is normally installed with OpenVPN GUI. Reinstalling OpenVPN or the TAP adapter separately didn't make any difference. Installations would finish without errors, but TAP adapter was nowhere to be found, and OpenVPN Interactive Service would still fail to run. 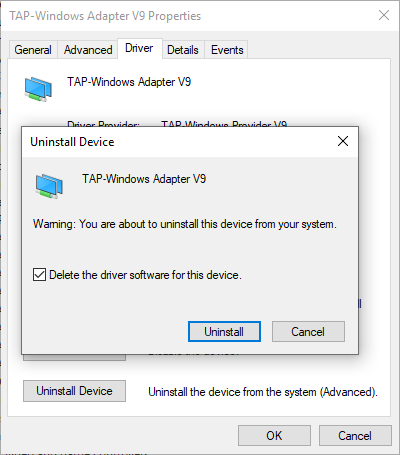