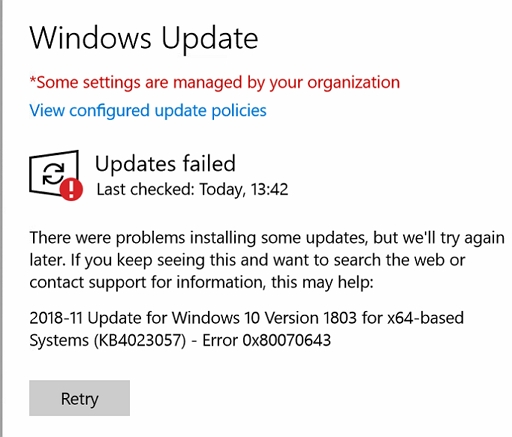 Updates Failed
There were problems installing some updates, but we'll try again later. If you keep seeing this and want to search the web or contact support for information, this may help:
2018-11 Update for Windows 10 Version 1803 for x64-based Systems (KB4023057) - Error 0x80070643 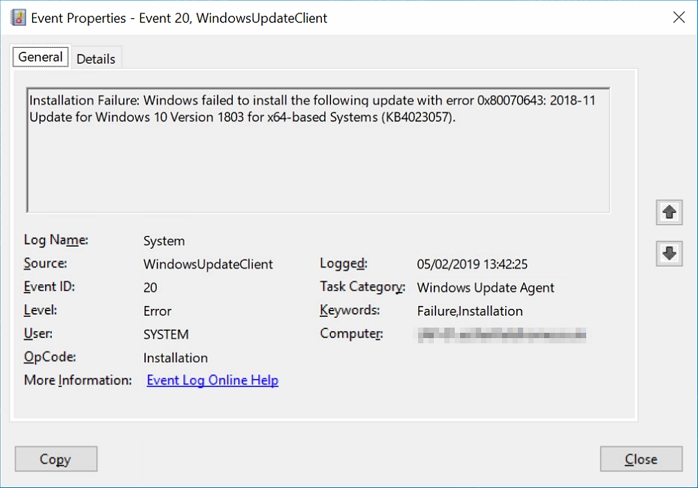 The issue was caused by KB4023057 being already installed on the computer in question. It seems that Microsoft at some point pulled this update and then re-issued it later after fixing something. But Windows Update was not intelligent enough to recognise this and was trying to install the update over the top of an existing one and failing...

To resolve the issue I had to uninstall KB4023057 manually via Windows 10 Settings > Apps > Apps & Features. After this Windows Update successfully installed the new version of KB4023057.