I use PicPick screenshot capture tool all the time and was quite surprised when one morning following message popped-up: 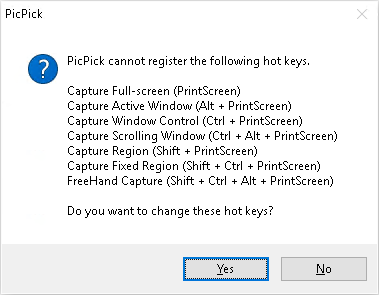 Obviously, all of the above PicPick shortcuts stopped working.

After some digging I found that the issue was caused by OneDrive. Even though I wasn't using it on that particular Windows 10 machine, Microsoft "helpfully" put it there anyway, just in case I ever needed it. It seems that after one of the recent OneDrive updates, it decided to hijack Print Screen hot key which broke all of the above PicPick shortcuts!

There are couple of ways to resolve this. If you use OneDrive, you can disable "Automatically save screenshots I capture to OneDrive" option in OneDrive Auto-save settings. 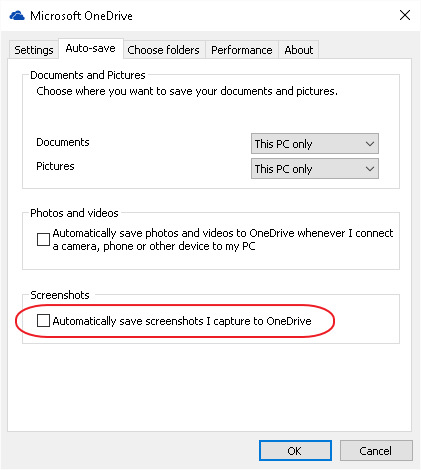 In my case, it was actually already disabled, but re-enabling it and then disabling it again seem to have done the trick.

If you don't use OneDrive you can simply uninstall it.