Brother MFC-7360N not working over USB - This device cannot start

Brother MFC-7360N is not recognised when connected via USB. In Windows Device Manager it appears as a USB Compositive Device with an exclamation mark warning status: 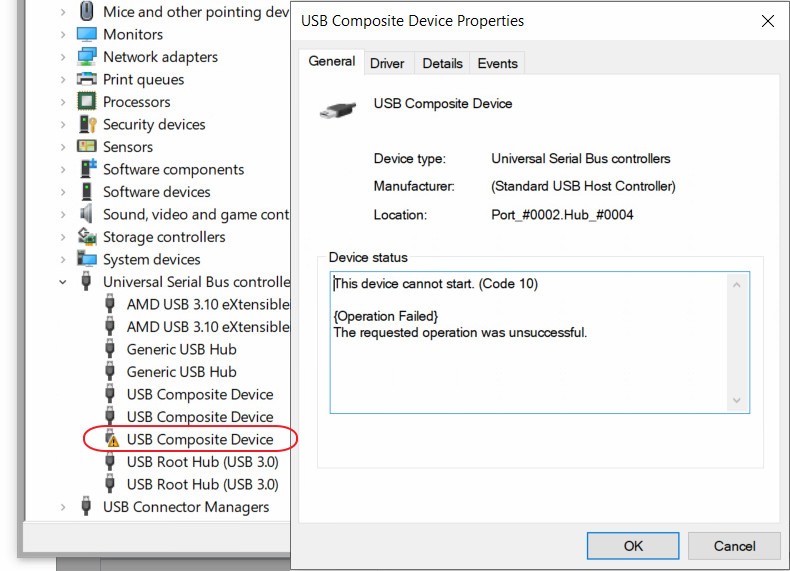 After a bit of experimenting, it appeared that the printer worked fine on older laptops, but was not recognised by any of the more recent ones. They all were running up-to-date Windows 10, so the issue was most likely USB 3.0 incompatibility.

The issue was resolved by updating Brother MFC-7360N firmware. 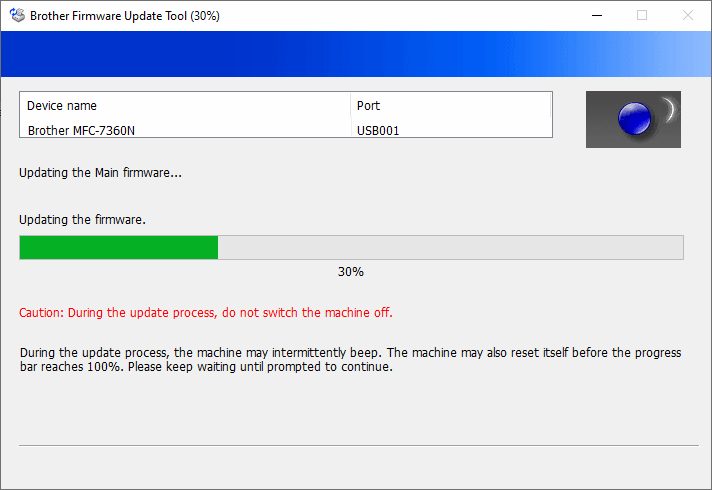