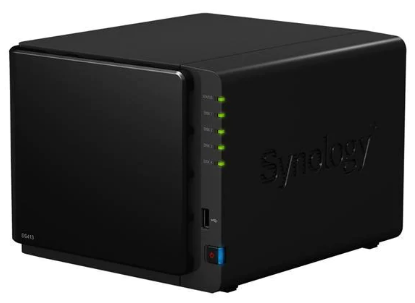 I have an ageing Synology Disk Station 412 NAS. It used to be capable of very reasonable 100MB/s transfer speed. At some point, I enabled share encryption, which reduced transfer speeds by about half. It was chugging along like this for quite some time but then noticed that speeds got even slower. After a quick test, I found that upload to an encrypted share was lingering at around 10MB/s, downloads were maybe double of that.

After a bit of digging around in NAS settings, I found that under File Services > SMB > Advanced Settings it had Transport encryption enabled (which is part of SMB 3 protocol and probably got enabled after one of the updates). I don't really need transfer encryption on my local network so I disabled this and set other settings as in the screenshot below. This made a pretty big improvement - uploads to an encrypted share were now around 30MB/s, downloads around 50MB/s. Downloads from an unencrypted share were running at full 100MB/s. 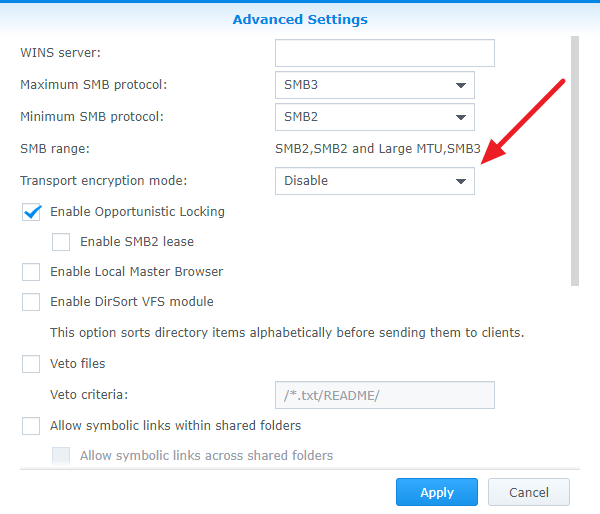