Kunena Forum - You are banned until Today

After restoring a Joomla website from a backup, all users logged on to a Kunena Forum are greeted with "You are banned until Today" message...

Joomla / Kunena back-end doesn't show any of the affected users as banned, so the "ban" cannot be removed from there.

The issue was caused by database import routine replacing NULL values with 0000-00-00 00:00:00.000000 in the banned column of the _kunena_users table in Joomla MySQL database. To resolve the issue you have to change the values back to NULL. You can do it either manually via phpMyAdmin of running a simple SQL UPDATE command. 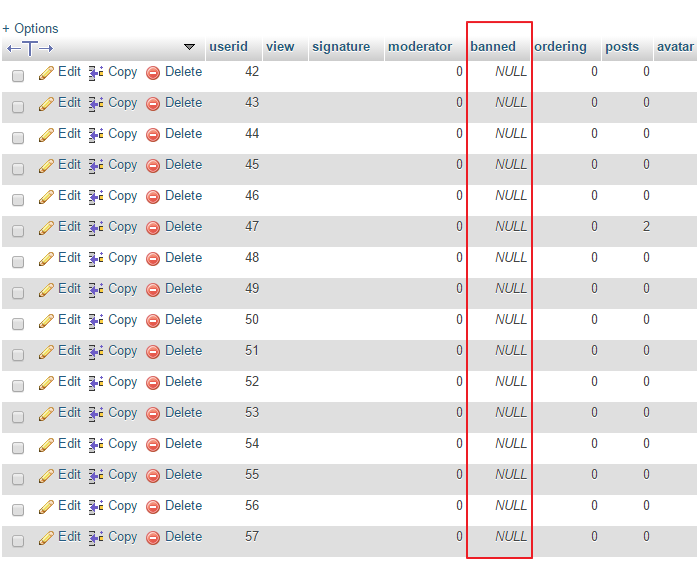