MacBook Air with macOS 10.11 (El Capitan) Apple photos app displays preview thumbnails for all photos, but some photos do not open in full view when double-clicked. Instead of a photo, a grey exclamation mark is displayed. On a closer look it became clear that only HEIC format files were affected, JPGs were opening just fine. 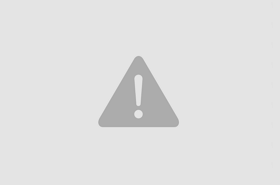 With macOS, you need at least version 10.13 (High Sierra) for HEIC format support. To resolve the issue the user had to upgrade macOS to High Sierra.