Some of the VMs hosted on VMware ESXi 5.5 (DELL PowerEdge T310 host) occasionally become unresponsive.
All attempts to login to the host via VMware vSphere Client fails with following error: 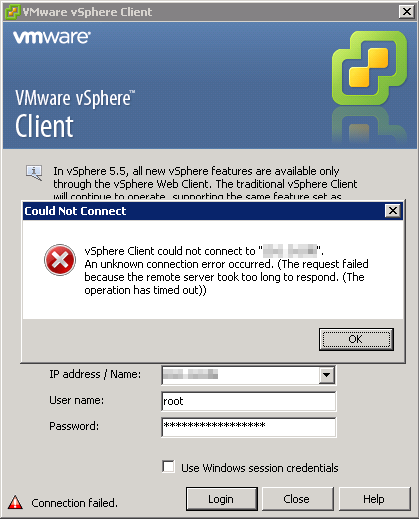 Could Not Connect
vSphere Client could not connect to "10.5.5.25". An unknown connection error occurred. (The request failed because the remote server took too long to respond. (The operation has timed out)) 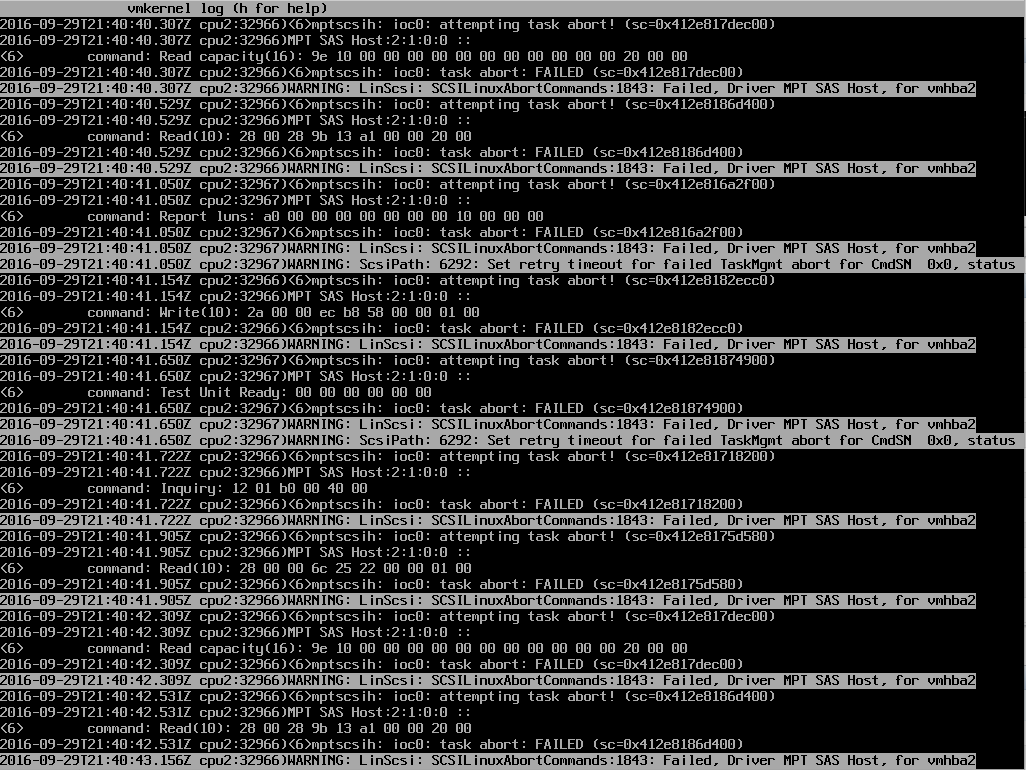 The vmbha2 refers to a RAID-1 SATA array that had all affected virtual machines hosted.

A temporary fix was to reboot the VMware host server. However, the same issue would occur few days or few weeks later.

After some research I found that similar issues can be caused by Interrupt Remapping used by VMware ESXi. In theory this should improve performance, but it can be incompatible with certain server hardware configurations. To fix the issue I had to disable the Interrupt Remapping: