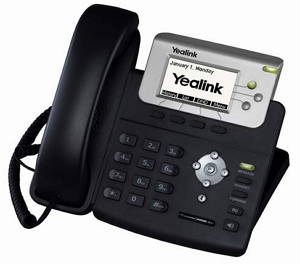 The first step was to replicate the issue. After some testing I was able to replicate the issue by cutting off Internet connection for certain period of time. If Internet was down for relatively long time (an hour or so), after connection was restored, all Yealink phones initially successfully re-registered with Asterisk PBX, but very soon PBX would report these phones as UNREACHABLE. Further testing revealed that issue was occurring if connection was down while phones were trying to re-register after SIP registration had expired. Cutting connection for an hour ensured all phones tried to re-register during downtime (default SIP registration timeout is 3600s). Shorter downtime would only affect phones trying to re-register during the downtime.

Asterisk marks peers as UNREACHABLE if they fail to respond to "SIP OPTIONS" requests, which asterisk regularly sends to all peers when qualify option is set to yes

It seems that issue was caused by a bug in Yealink firmware. If Internet connection was down during re-registration attempt, when connection was restored, phones were successfully registering with PBX, but then subsequently failed to respond to SIP OPTIONS requests (until they were rebooted). All phones were running Yealink 7.61.0.115 firmware version.

Issue was resolved by updating Yealink phones to the latest firmware version, which at the time was 7.70.23.1.